Cyrus Trajano, holding the old Persian flag, with the Lion and Sun, emblems of Iran's flag from 1846 until 1980, during a protest of the executive order issued by President Trump on January 26, 2017, banning refugees, migrants and foreign nationals from seven majority Muslim nations from entering the United States. Trajano, whose parents are from Iran, traveled from Philadelphia to participate in the demonstration. When he was asked about his hopes for the next four years, he simply said "perseverance". Many of the protestors saw it as targeted effort to restrict Muslim immigrants. The effect of the executive order was that many airports were thrown into confusion as many US residents with green cards were detained at airports upon attempting to reenter the United States. John Boal Photography 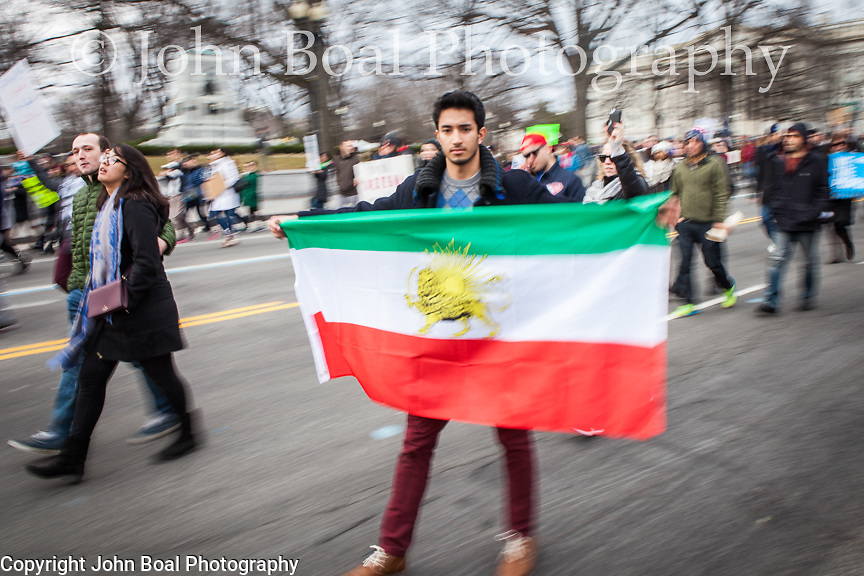