A visitor strolls by a cannon on Little Round Top, at Gettysburg National Military Park, on Sunday, June 30, 2013. Little Round Top is the site of an unsuccessful Confederate assault that occurred on the second day of the Battle of Gettysburg, July 2, 1863. The official Sesquicentennial Anniversary of the Battle of Gettysburg kicked off on Sunday, leading into a week full of demonstrations, reenactments and educational programs in and around Gettysburg, Pennsylvania. A pivotal moment in the Civil War, over 50,000 soldiers were killed, wounded or missing after 3 days of battle from July 1-3, 1863. Later that year, President Abraham Lincoln returned to Gettysburg to deliver his now famous Gettysburg Address to dedicate the cemetery there for the Union soldiers who died in battle. John Boal photography 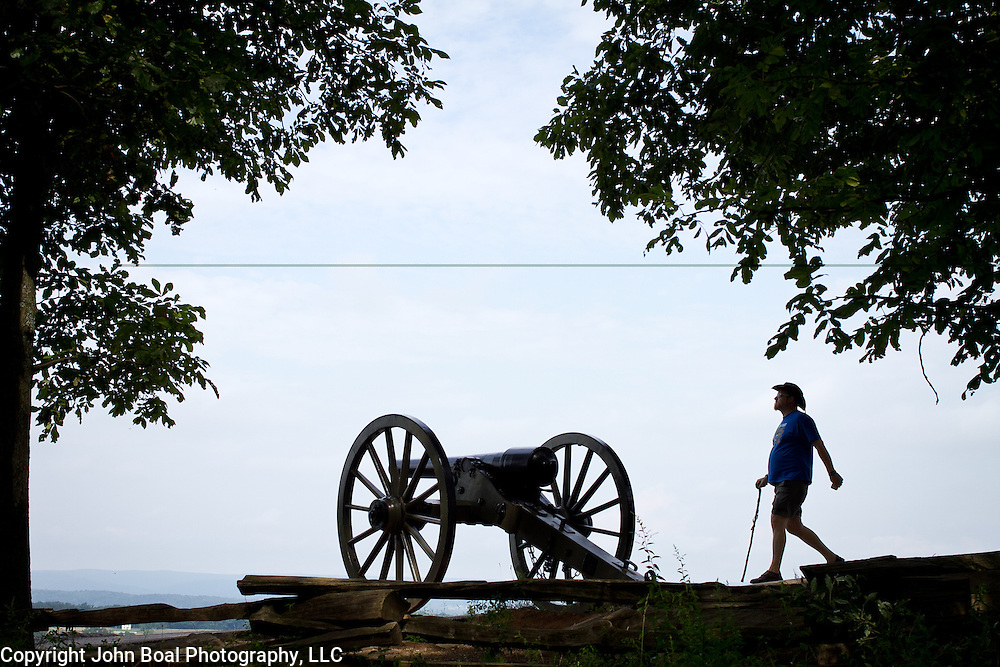