Michael Jantzen, of Freeport, Michigan, holds his hat to his heart during a moment in front of the Robert E. Lee statue at the Virginia Memorial during the Sesquicentennial Anniversary of the Battle of Gettysburg, Pennsylvania on Wednesday, July 3, 2013. Jantzen regarded Lee and Stonewall Jackson as heroes "...not for their ability on the battlefield, but for the lives they led as good Christian men..." The Battle of Gettysburg lasted from July 1-3, 1863 resulting in over 50,000 soldiers killed, wounded or missing. John Boal Photography 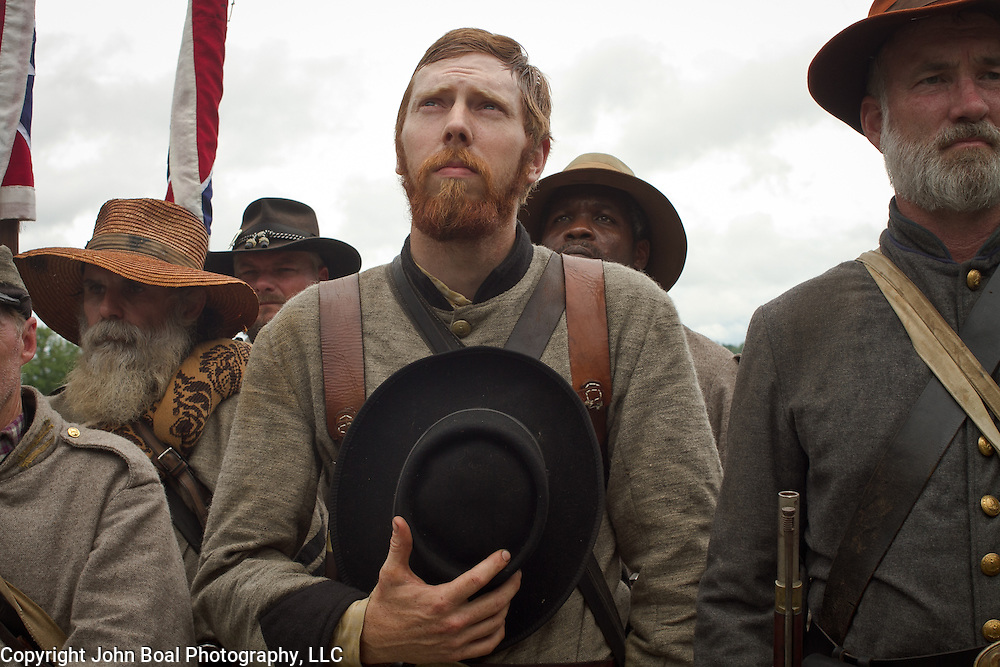