Representative Betty McCollum (D-MN-4) speaks to members of the San Carlos Apache Tribe and their supporters in front of the United States Capitol to protest the transfer of Apache land to a private Australian-British mining corporation. In December 2014, a rider to the National Defense Authorization Act handed over Oak Flat to a foreign-owned company looking to mine copper. The Apache are currently "occupying" Oak Flat, and travelled to D.C. to protest the action. In response, Rep. Raul Grijalva (D-AZ), proposed the Save Oak Flat Act (H.R. 2811) in June, 2015 to repeal the land exchange. Rep. McCollum is a co-sponsor of that bill. John Boal Photography 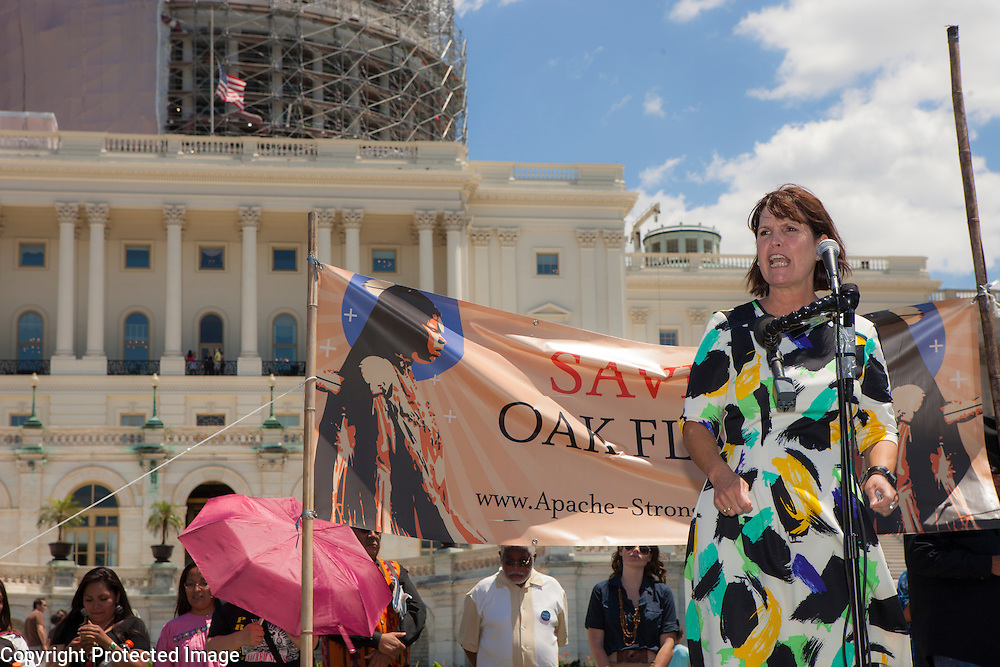