Wendsler Nosie, Sr, tribal councilman, speaks to fellow members of the San Carlos Apache Tribe and their supporters in front of the United States Capitol to protest the transfer of Apache land to a private Australian-British mining corporation. In December 2014, a rider to the National Defense Authorization Act handed over Oak Flat to a foreign-owned company looking to mine copper. The Apache are currently "occupying" Oak Flat, and travelled to D.C. to protest the action. In response, Rep. Raul Grijalva (D-AZ-3), proposed the Save Oak Flat Act (H.R. 2811) in June, 2015 to repeal the land exchange. John Boal Photography 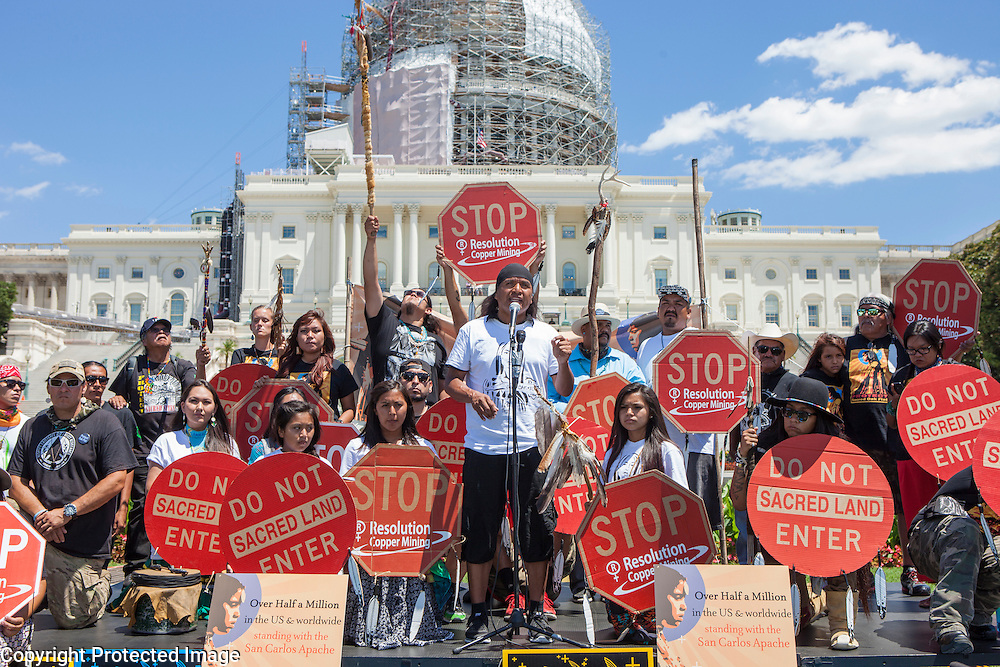