Tom Spruill, who grew up in New York City, but now lives in Waynesboro, PA, chats with fellow reenactors and living historians, at a Confederate encampment, during the Sesquicentennial Anniversary of the Battle of Gettysburg, Pennsylvania on Wednesday, July 3, 2013. Spruill started participating in these events 2 years ago in order to spread the story of free men of color serving in the Confederate Army. "They didn't fight for the South, they fought because they lived in the south...", arguing that most of the black Confederate soldiers weren't slaves, but owned property and fought to protect their land. Evidence for the black Confederate soldier is controversial. Some claim the evidence is negligible, while others maintain the denial of black participation in the Confederate cause is another example of Northern prejudice toward the South. John Boal Photography 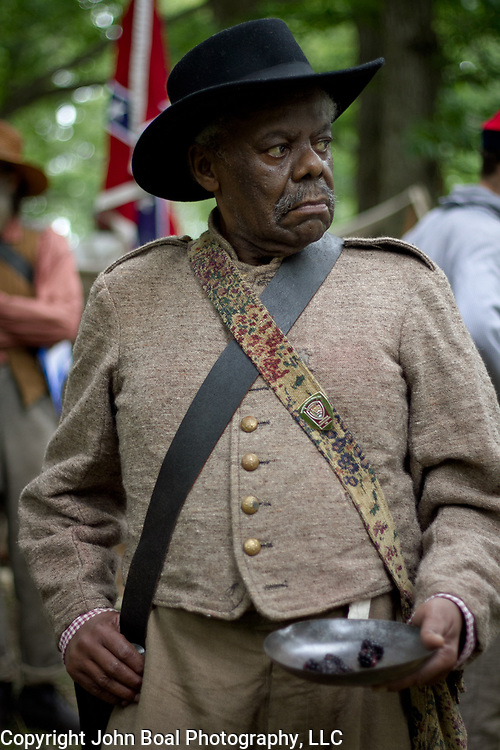