Bear Shirt Rudell, nephew to Leonard Peltier, participates in a protest and march from in front of the U.S. Capitol to the EPA, about the North Dakota Access Pipeline. Rudell along with many other family members and friends spoke about the effort to free Leonard Peltier, whom they claim is a political prisoner implicated and imprisoned following the death of two FBI agents during a shootout on the Pine Ridge reservation in 1975. Saturday, December 10, 2016. John Boal Photography 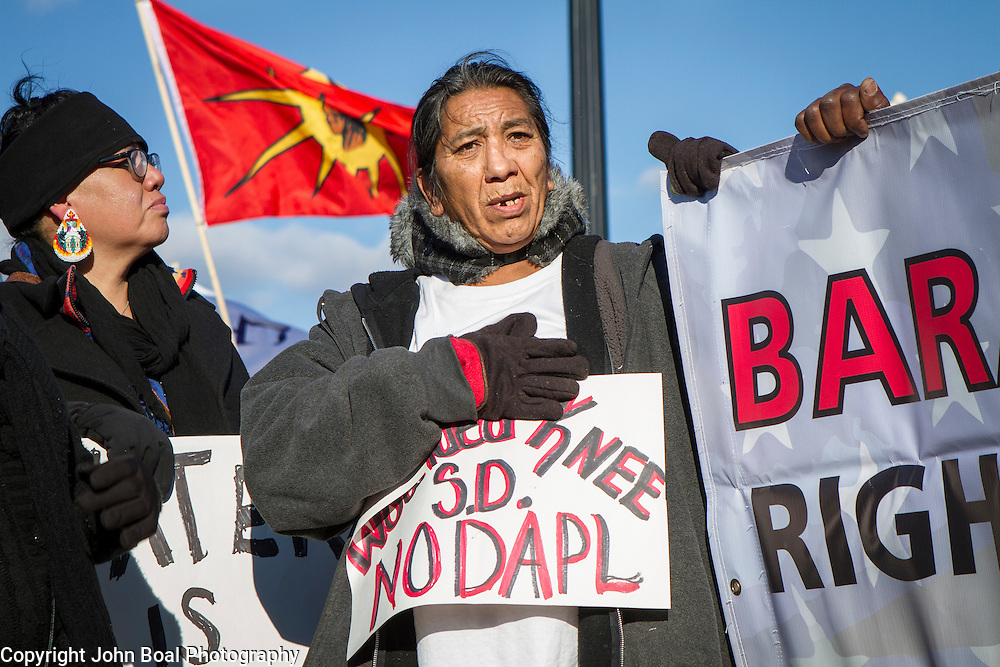