Senator Frank Lautenberg (D-NJ) listens to Chief Council, Ben Dunham, right and Legislative Director, Dan McCarthy, left, inside his office in Washington following a hearing to vote for an Obama administration nominee on Thursday, May 16, 2013. Sen. Lautenberg had not been in Washington since February 28, as weakness in his legs has prevented him from traveling to the Capitol. He died only a few weeks later, on June 3, 2013. John Boal Photography 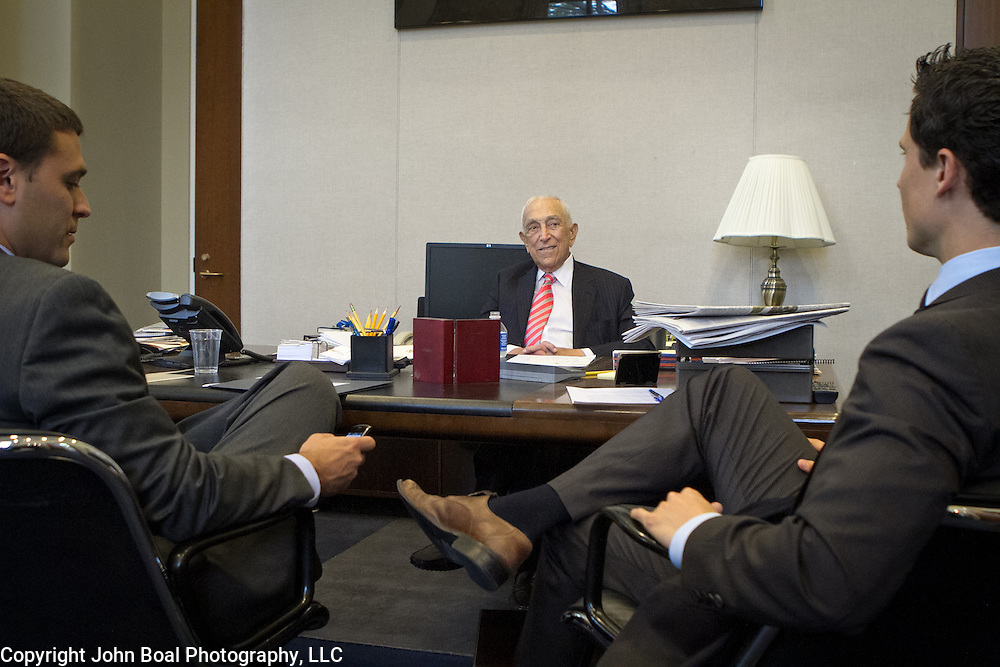