Olivia King,17, takes a picture of her friend, Cira Bickford, 16, in front of a massive mural painted on the side of a former grain mill in downtown Hagerstown, Maryland, on Tuesday, September 26, 2017. Originally a District that was mostly rural, but included towns like Frederick and Hagerstown, Maryland's 6th District was redistricted in 2011, combining rural northern Maryland regions with more affluent communities like near Washington D.C. turning the district from Republican to Democrat. 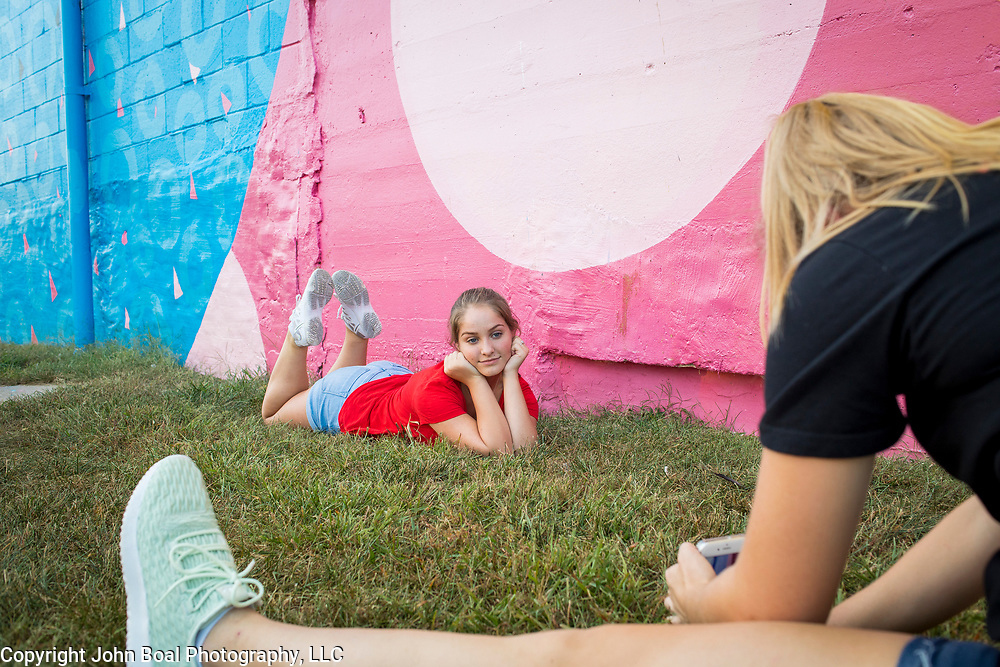