Rene C., left and Maura P., traveled from Massachusetts to attend the Women's March on Washington to "march for their daughters and granddaughters" where an anticipated 200,000 people turned into an estimated 500,000 to 1 million people, on Saturday, January 21, 2017. When asked about their hopes for the next 4 years, Maura responded, "...that everybody speaks out...that the majority rules..." To which Rene added, "...hoping Trump's election will coalesce the people...to push back against his policies..." John Boal Photography 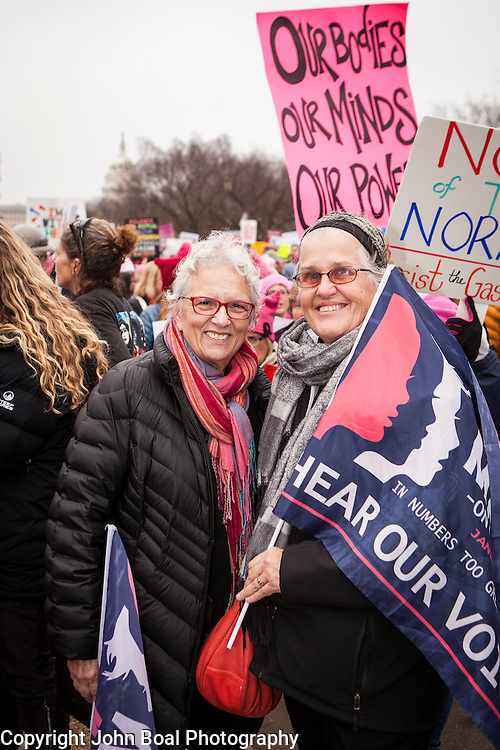