Portrait of an Indian

Tim Beverly sits on a picnic bench with a painting he bought for $30 during the Monacan Homecoming at the Tribal Center, in Amherst, VA, on Saturday, October 01, 2016. Beverly doesn't have a tribal card but both his parents are Monacan. He attributes his lack of a card on the difficulty of proving ancestry in the 20th century in the aftermath of the 1924 Racial Integrity Act in Virginia, which made it impossible for Native Americans to acknowledge their heritage on any of their official documents. John Boal Photography 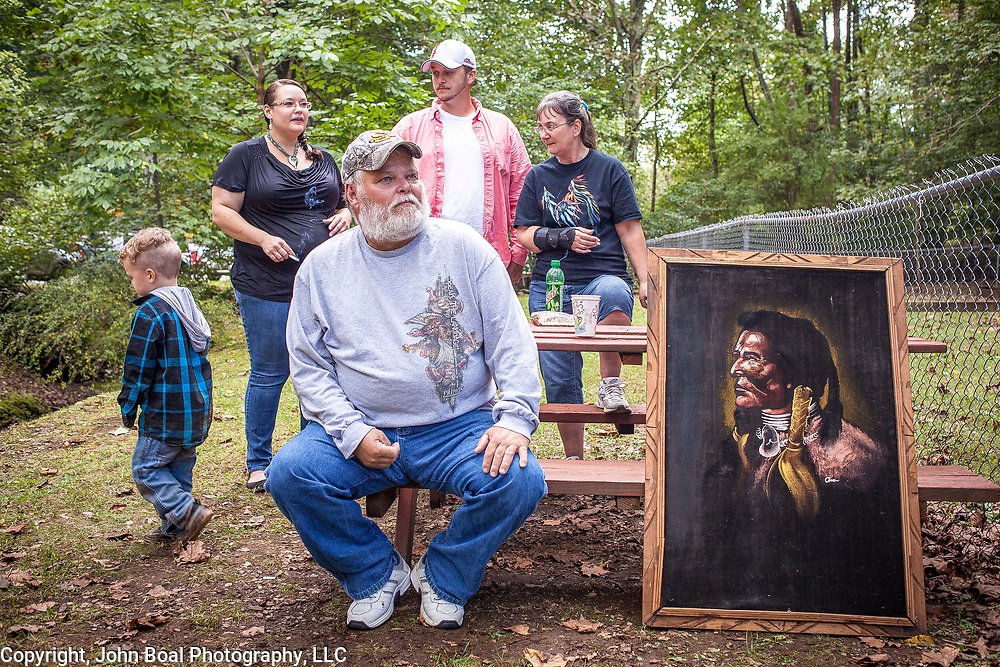