Prince William County Supervisor, Corey Stewart speaks with Vance Wilkins, during an appearance at the Page County , VA GOP Jamboree, in Luray, VA on Saturday, June 25, 2016. Wilkins was a Republican delegate from 1978-2002 and served as the 53rd Speaker of the Virginia House of Delegates in 2000. Stewart recently ran the Trump operation in Virginia and is running for Governor in 2017. Stewart mingled with guests and made a brief speech, along with other candidates for political office in Virginia. John Boal Photography 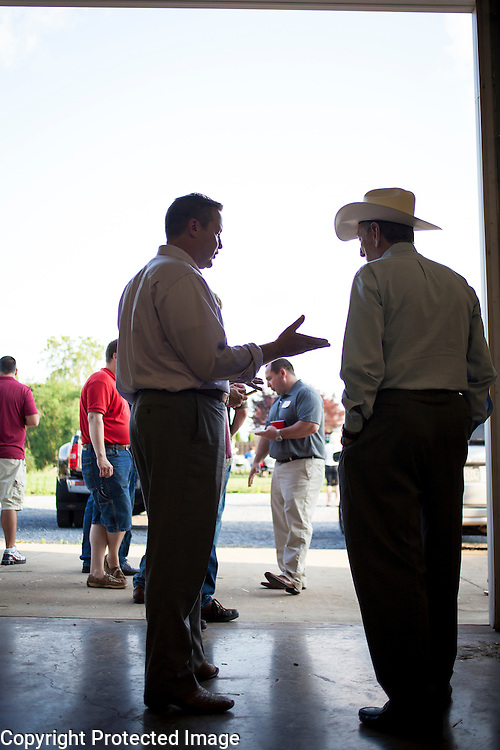