Jim and Nancy Nalley, of Hagerstown, eat lunch in the Dixie Diner, in downtown Smithsburg, Maryland, on Tuesday, September 26, 2017. The Nalleys have been coming to the diner for at least 10 years. Smithsburg is a very different town than the southern part of the district that includes Potomac and Germantown. Originally a District that was mostly rural, but included towns like Frederick and Hagerstown, Maryland's 6th District was redistricted in 2011, combining rural northern Maryland regions with more affluent communities like near Washington D.C. turning the district from Republican to Democrat. 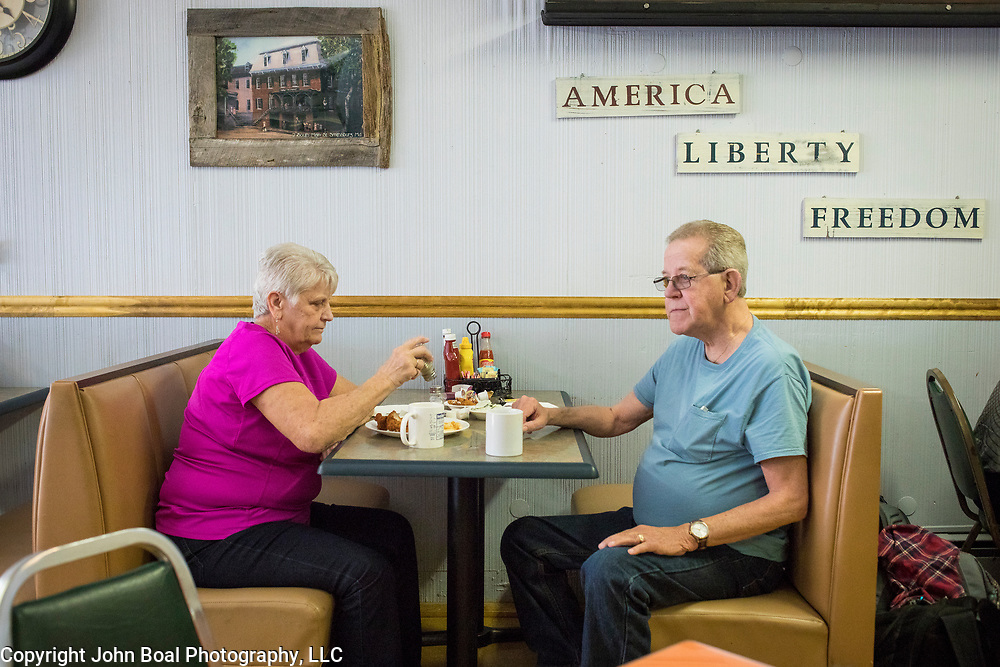