Jeff and Gail Torrence traveled from Atlanta, GA, to attend the the Inauguration of Donald Trump as the 45th President of the United States, January 20, 2017. When asked about their hopes for the new Trump administration, they replied that they hoped Trump would, "...bring jobs, balance the budget and run [the government] like a business...". They also expressed optimism that he "...doesn't have to answer to anyone..." based on his ability to mostly self-fund the campaign. John Boal Photography 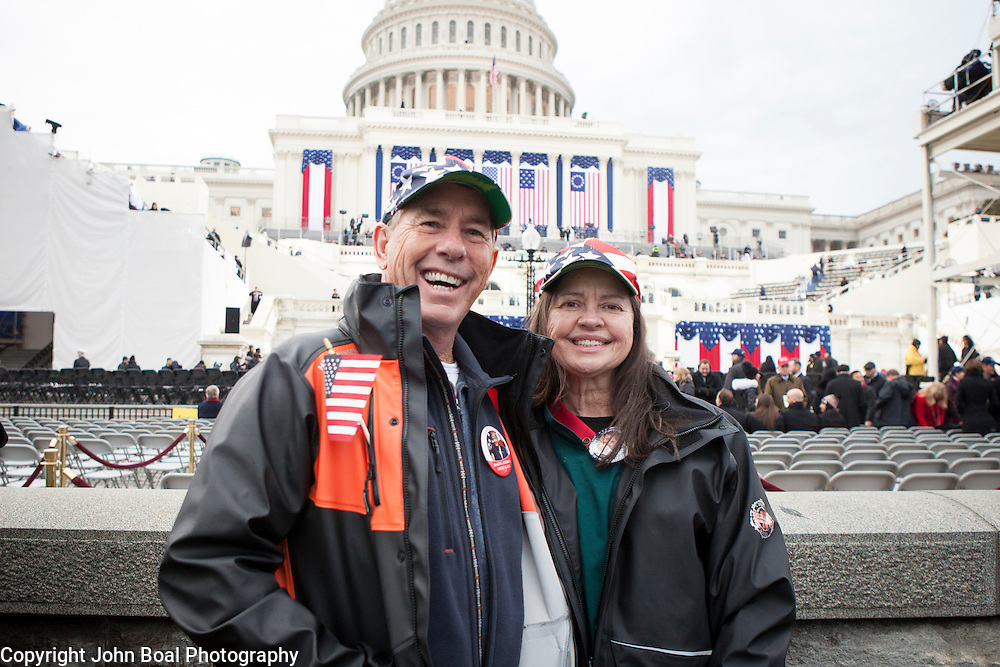