Rick Hohensee sits on a park bench near the White House, as demonstrators gathered to protest the executive order issued by President Trump yesterday, banning refugees, migrants and foreign nationals from seven majority Muslim nations from entering the United States. Many of the protestors saw it as targeted effort to restrict Muslim immigrants. The effect of the executive order was that many airports were thrown into confusion as many US residents with green cards were detained at airports upon attempting to reenter the United States. John Boal Photography 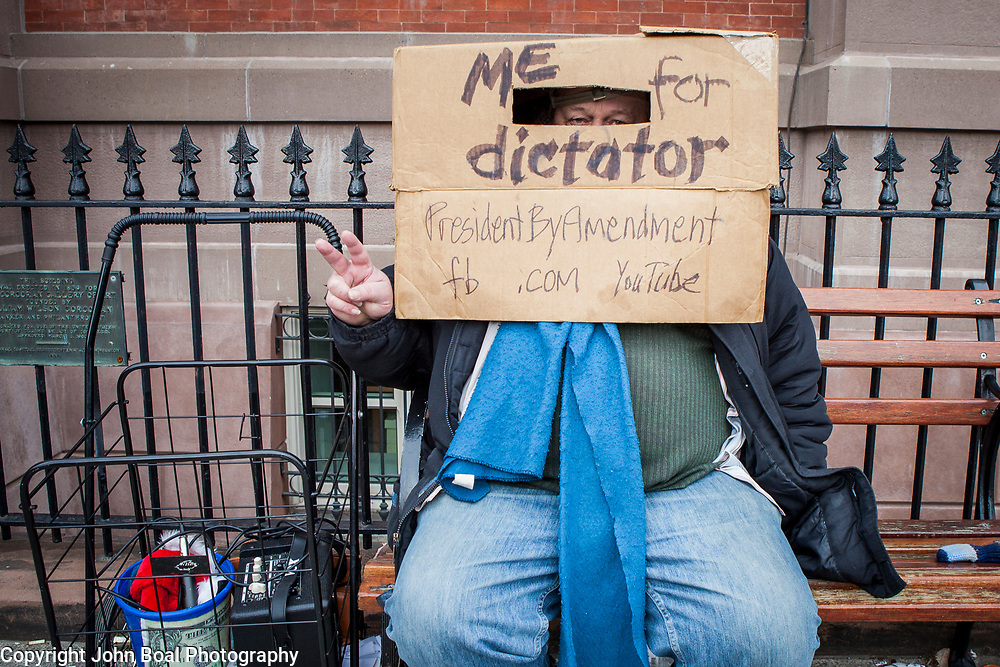